Illustrations for his literary oeuvre 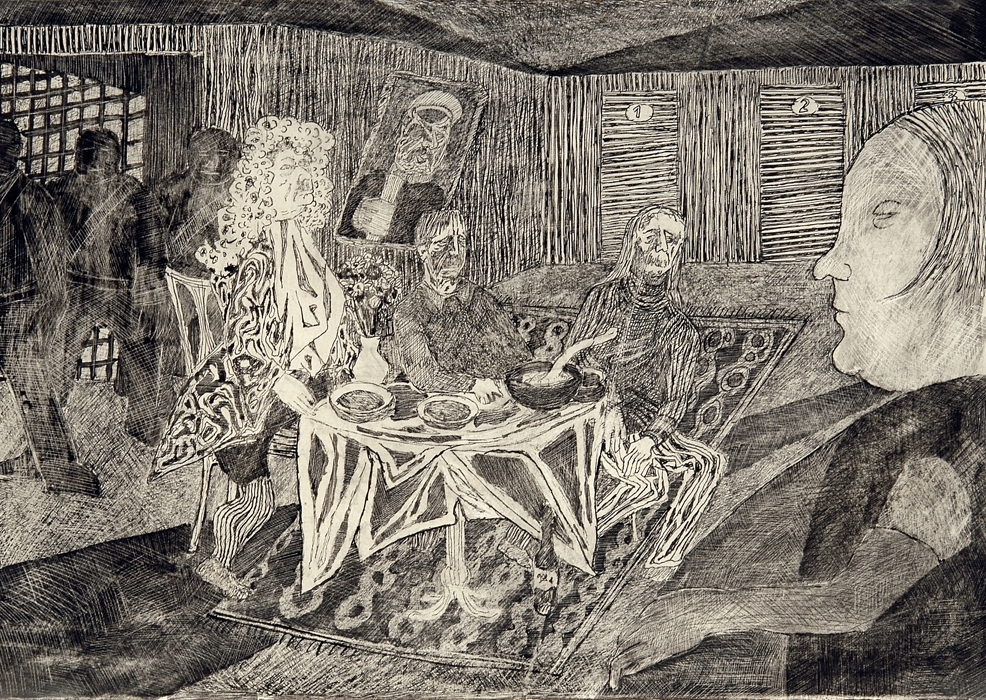 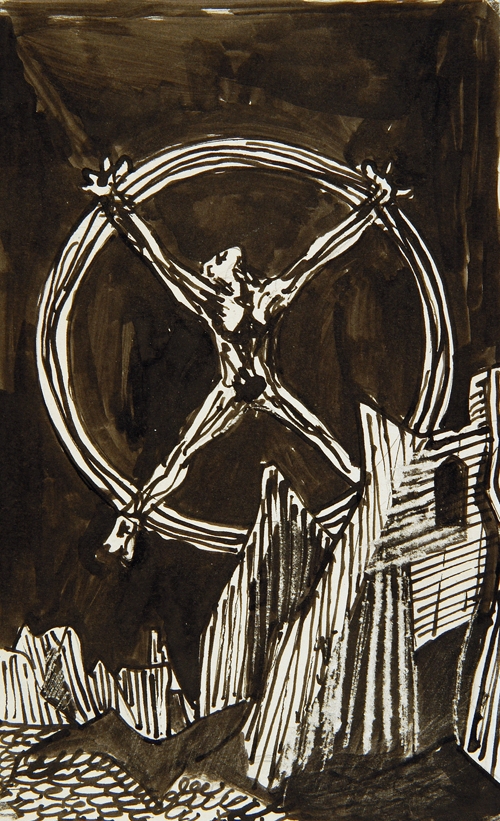 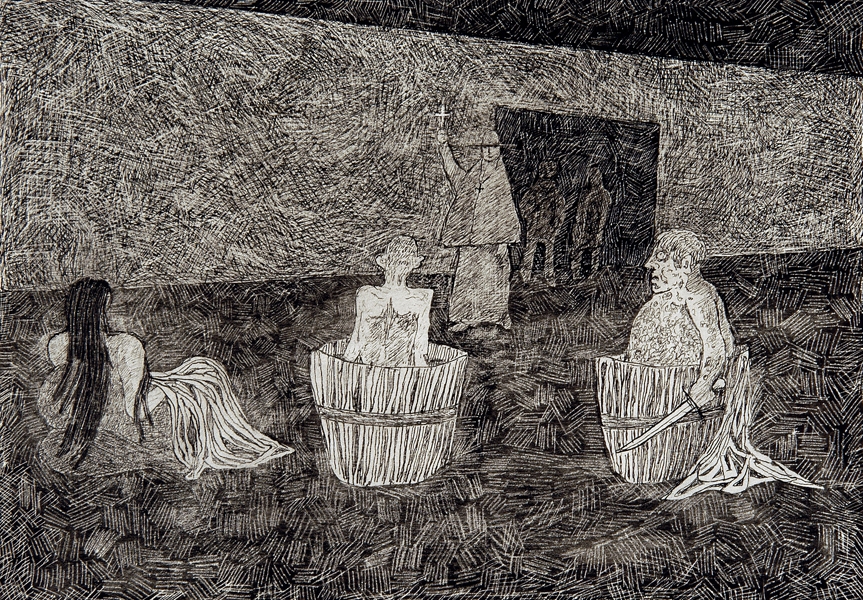 Several paintings by Dürrenmatt directly illustrate his literary oeuvre. Indeed, for his first play, Es steht geschrieben (As it is written), Dürrenmatt had already produced two series of drawings, with a first series to illustrate the original edition. Among his illustrations for an adaptation of Shakespeare’s King John, several drawings could be taken as directions for the staging (e.g. The Bastard with His Half-Brother Before King John), while others are purely invented stories full of imagination and goes beyond the stage play (Richard the Lion-Hearted Seducing Lady Faulconbridge). Often, the pre-eminence of either image or text is not clearly defined, as if Dürrenmatt were seeking, by means of the image or the text, to bring out a situation’s full potential (Fantasies on the Minotaur/Dramaturgy of the Labyrinth).The most clearly defined relationship between text and image undoubtedly comes across in The Minotaur, A Ballad (1985), a text that Dürrenmatt illustrated in a series of wash drawings.