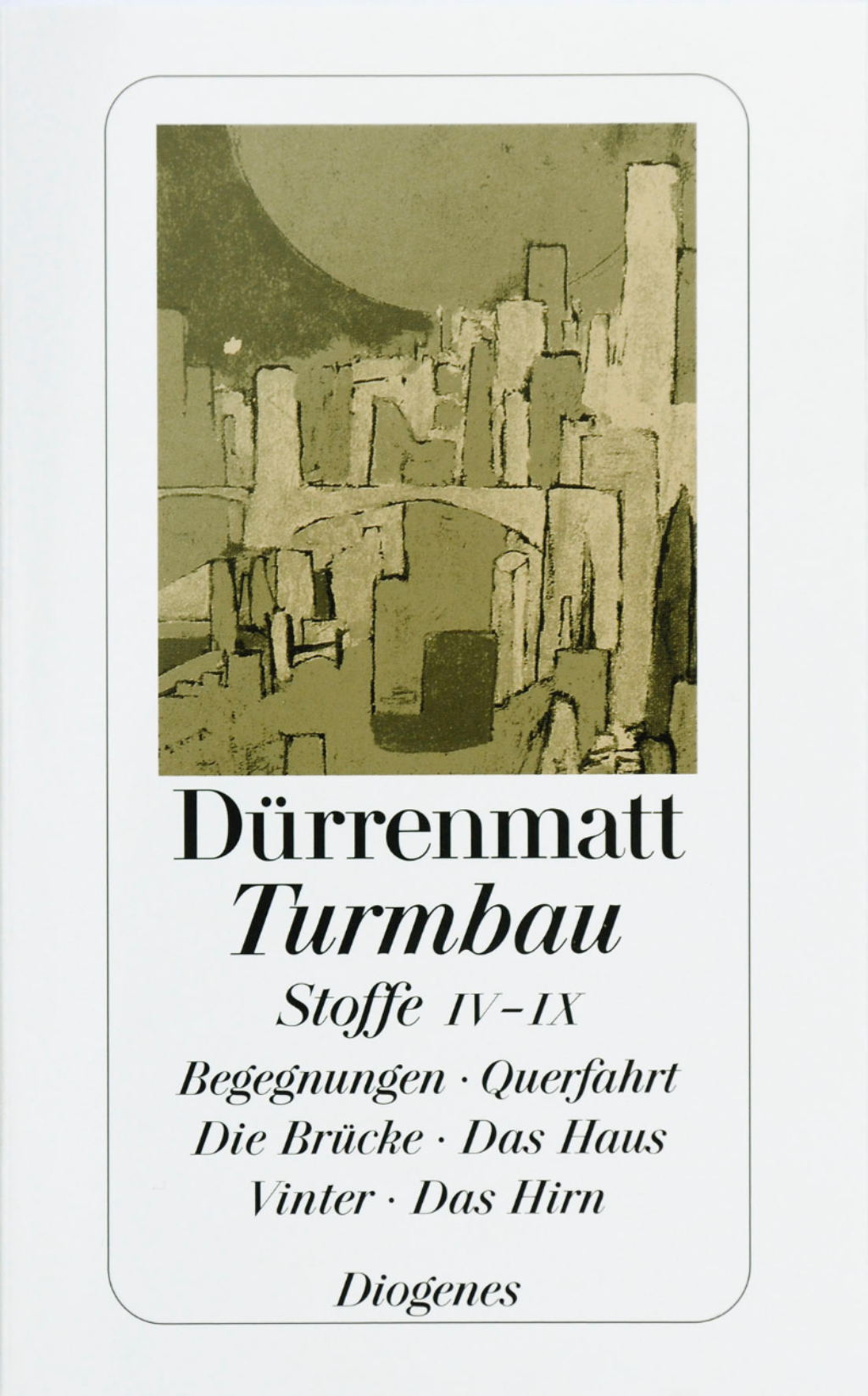 "The history of my literary production is the history of my core themes ["Stoffe"], although themes are [but] the transformation of impressions."-So goes the opening line in Dürrenmatt's short essay Dokument of 1964, introducing a key concern with which he grappled until the end of his life: how closely are literary themes and motifs linked to an author's own life, how does imagination fit in? In his Dokument piece, Dürrenmatt describes his childhood in Konolfingen, a village in the Emmental region, unearthing the roots for such motifs as the grotto and the labyrinth. Other motifs, too, hark back to his childhood: an interest in astronomy, Greek mythology and Biblical sources.

A two-volume oeuvre-Labyrinth: Stoffe I-III (1981-1990) and Turmbau: Stoffe IV-IX (1990)-gives us an overview of Dürrenmatt's life, especially as a child in the Emmental and as a student in Bern. These writings combine autobiographical material with the reintroduction of old core themes-themes he never got around to handling and that, in retrospect, he deals with somewhat sketchily (e.g. Stoffe III: The Rebel) or else in great depth (e.g. Stoffe I: The Winter War in Tibet). The published works comprising the Stoffe volumes are culled from over 20,000 manuscripts bearing witness to Dürrenmatt's ever more problematic struggle to depict his life history in all truth.

In addition, countless essays produced by the author during the 1970s and ‘80s should be seen in the light of his Stoffe project. Many feature autobiographical passages, notably The Collaborator (1976) and Connections: Essay on Israel (1975).