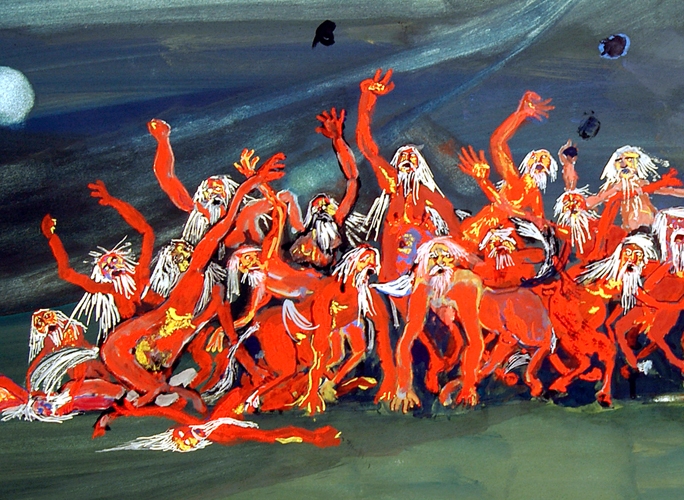 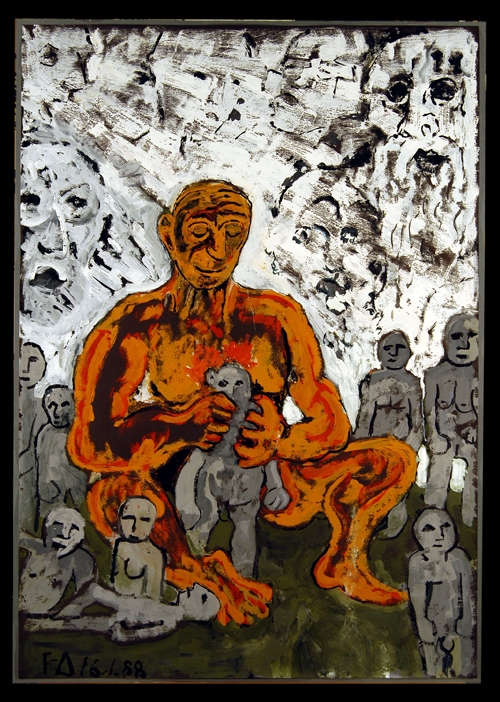 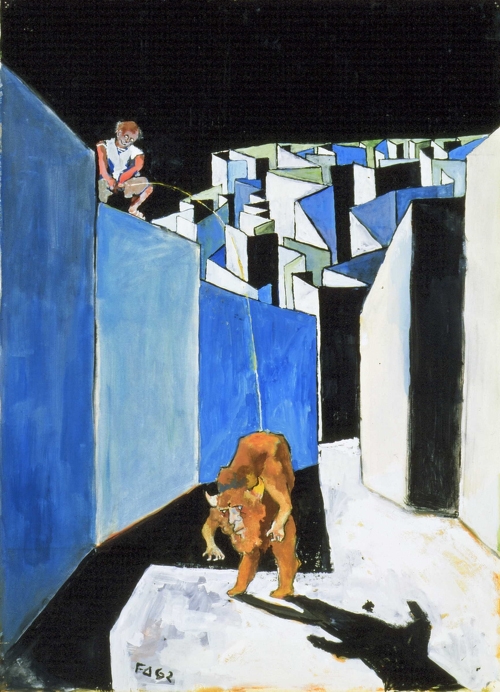 From the start, Dürrenmatt drew his imagery from mythology, especially Greek mythology, which he came to know and love from the stories his father used to tell him as a child. The most frequently depicted motifs are the labyrinth and the Minotaur imprisoned therein; Atlas holding up the world; and Prometheus who, both artist and rebel, fashions clay into men. Also peopling his art are the emasculated Uranus; Orpheus and Ulysses on their respective journeys to the Underworld; and enraged centaurs.